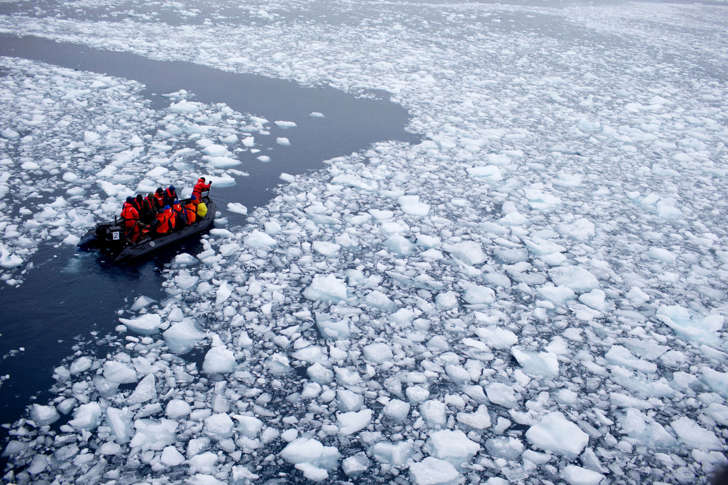 © AP Photo/Natacha Pisarenko In this Jan. 22, 2015 photo, a zodiac carrying a team of international scientists heads to Bernardo O’Higgins, Antarctica.

WASHINGTON — A new independent study shows no pause in global warming, confirming a set of temperature readings adjusted by U.S. government scientists that some who reject mainstream climate science have questioned.

The adjustments , made by the National Oceanic and Atmospheric Administration in 2015 to take into account changes in how ocean temperatures have been measured over the decades, riled a House committee and others who claimed the changes were made to show rising temperatures. The House Science Committee subpoenaed the agency’s scientists and then complained that NOAA wasn’t answering its requests quickly enough.

The new international study looked at satellite data, readings from buoys and other marine floats for ocean temperatures. Each measurement system independently showed the same 20 years of increase in temperatures that NOAA found: about two-tenths of a degree Fahrenheit per decade since 2000, said the study’s lead author, Zeke Hausfather of the University of California, Berkeley.

In 1990, about 90 percent of the ocean temperature readings were done by ships, now it is about 85 percent by the more accurate buoys, Hausfather said.

Scientists Andrew Dessler of Texas A&M University and Kevin Trenberth of the National Center for Atmospheric Research, who weren’t part the original study or the more recent one that confirmed its conclusions, called both accurate.

“This paper further allays any qualms that there may have been scientific errors or any non-scientific agendas,” Trenberth said in an email.

Officials at the House Science Committee did not respond to repeated requests for comment.

Hausfather’s study was published Wednesday in the journal Science Advances .