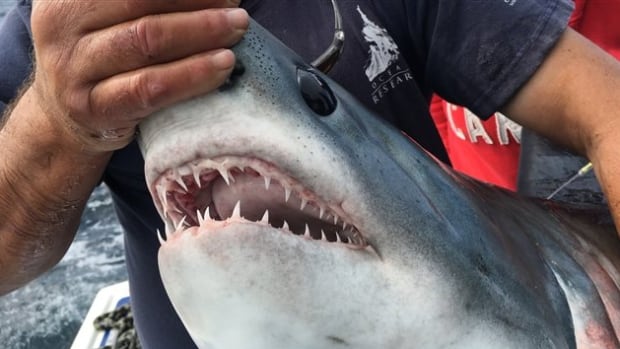 Researchers are concerned about the declining number of sharks in North Atlantic waters, pointing to a combination of climate change, overfishing and commercial fishing techniques as causes.

Warren Joyce, a researcher with Fisheries and Oceans Canada, said the decline is a worldwide phenomenon.

“I think it’s urgent. Currently, shark populations all over the world are in decline,” said Joyce.

“They’re being fished in international waters, mostly for illegal shark finning … where they remove the fins for delicacies in Asia.”

Joyce said he feels the stakes are high.

“Sharks are the top predators in the marine environment, so if we do remove these animals from that ecosystem, it’s going to have some very drastic effects,” he said.

“It could wipe out some species, or some species could explode or wipe out others. We really don’t know but it could be a big problem if it does happen.”