Mark Kelly: This year has been an unequivocal disaster for the future of the planet

Captain Mark Kelly (US Navy, retired) is a combat veteran and former NASA astronaut. The opinions expressed in this commentary are his.

(CNN)In 2001, I flew my first flight into space aboard Space Shuttle Endeavour. Roughly a decade later, I commanded that same space shuttle on its final flight. That trip was my fourth journey — and at least for now, my final one — from this planet into space. 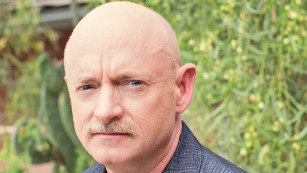 Captain Mark Kelly
To see our planet as this majestic blue ball floating in the blackness of space is breathtaking. It is truly the most amazing thing I’ve ever seen. When you see it for the first time it appears perfect. Bright and mostly blue, it’s a literal island in our solar system. And make no mistake — right now, we have no place else to go.
Too often, we forget that this remarkable and fragile place is our only home, a point that was underscored earlier this month at the largest gathering of Earth scientists in New Orleans.
At the conference, the National Oceanic and Atmospheric Administration (NOAA) made a sobering announcement. It came as part of a study of climate change on 2016’s weather. The scientists behind the study concluded that without climate change, three of the most severe weather events that took place that year would not have happened. Which events?
1. Heat waves that scorched parts of Asia, including India and Thailand, killing more than 500 people. 2. A patch of unusually warm water in the Pacific Ocean that’s had harmful effects on marine life along the coast of North America. 3. And rising air temperatures that made 2016 the hottest in recorded history.
close dialog