A huge, swirling pile of trash in the Pacific Ocean is growing faster than expected and is now three times the size of France.

According to a three-year study published in Scientific Reports Friday, the mass known as the Great Pacific Garbage Patch is about 1.6 million square kilometers in size — up to 16 times bigger than previous estimates.
Ghost nets, or discarded fishing nets, make up almost half the 80,000 metric tons of garbage floating at sea, and researchers believe that around 20% of the total volume of trash is debris from the 2011 Japanese tsunami.
The study — conducted by an international team of scientists with The Ocean Cleanup Foundation, six universities and an aerial sensor company — utilized two aircraft surveys and 30 vessels to cross the debris field. 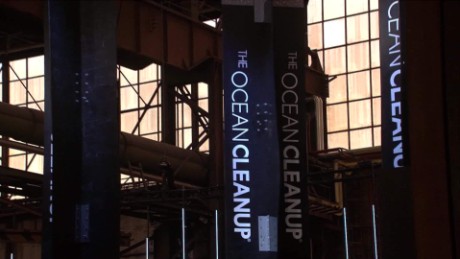 Along with nets to survey and collect trash, researchers used two six-meter-wide devices to measure medium to large-sized objects. An aircraft was also fitted with advanced sensors to collect 3D scans of the ocean garbage. They ended up collecting a total of 1.2 million plastic samples and scanned more than 300 square kilometers of ocean surface.
The bulk of the pile is made up of larger objects while only 8% of the mass is microplastics, or pieces smaller than 5 millimeters in size.
“We were surprised by the amount of large plastic objects we encountered,” Chief Scientist Julia Reisser said in a statement.
“We used to think most of the debris consists of small fragments, but this new analysis shines a new light on the scope of the debris. 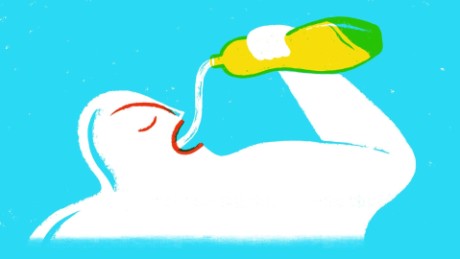 The patch is so big that last fall environmentalists called on the United Nations to declare the Great Pacific Garbage Patch a country, called “The Trash Isles,” complete with its own passport and currency, called debris.
They even solicited 200,000 people to become citizens, including celebrities Sir David Attenborough, Chris Hemsworth and Gal Gadot. Their first citizen was “former US vice president and environmentalist Al Gore.
Research scientist Britta Denise Hardesty, who wasn’t involved in this study, said while discarded nets may make up almost half of the findings, the problem may be more nuanced. 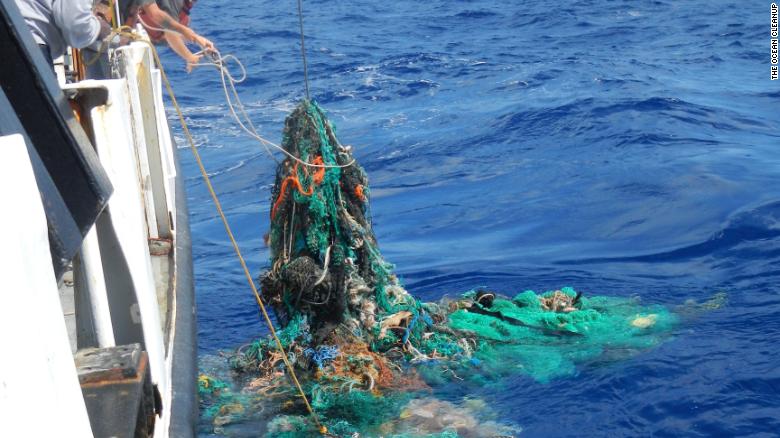 The crew pulling a ghost net from the Pacific Ocean.
Hardesty was part of an earlier study published in Marine Policy in October that also found that discarded fishing gear make up a significant amount of global marine plastic pollution. It’s estimated 640,000 tons of fishing gear is lost to the marine environment each year.
“lt’s not fair to just blame it on the fishermen or the top 20 countries for mismanaging waste,” said Hardesty, principal research scientist for the Commonwealth Scientific and Industrial Research Organisation (CSIRO) in Australia. “Instead we need to look at the true value and cost of plastics, and factor in the costs of livelihood and tourism.” 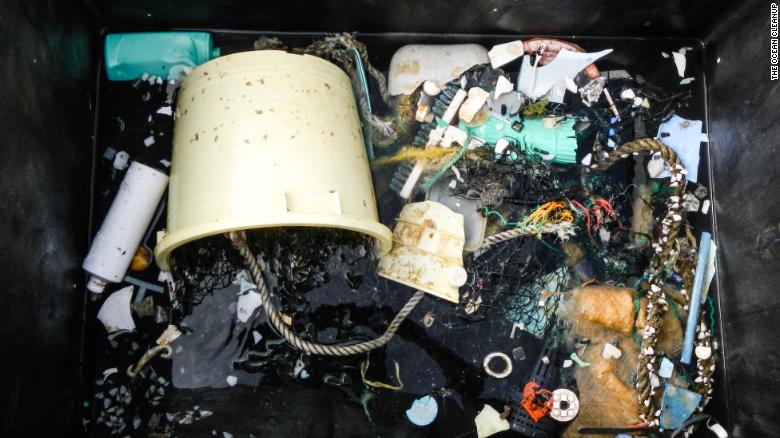 Plastic samples collected during the study.
The Great Pacific Garbage Patch was first discovered in 1997 by oceanographer Charles Moore when he sailed home to Southern California after finishing the Transpacific Yacht Race, from California to Hawaii.
“I was confronted, as far as the eye could see, with the sight of plastic,” wrote Moore about his discovery in Natural History.
“In the week it took to cross the subtropical high, no matter what time of day I looked, plastic debris was floating everywhere: bottles, bottle caps, wrappers, fragments.”
As for slowing down the onslaught of ocean garbage, Hardesty says we all can help.
“Plastic pollution in the ocean is visible and trackable,” said Hardesty. “We can definitely make a difference in how we vote with our pocketbook and think about each decision we make, whether we take our own bags to the supermarkets, refuse straws, bring our own coffee cups, accept single-use items or think about mindful alternatives.”