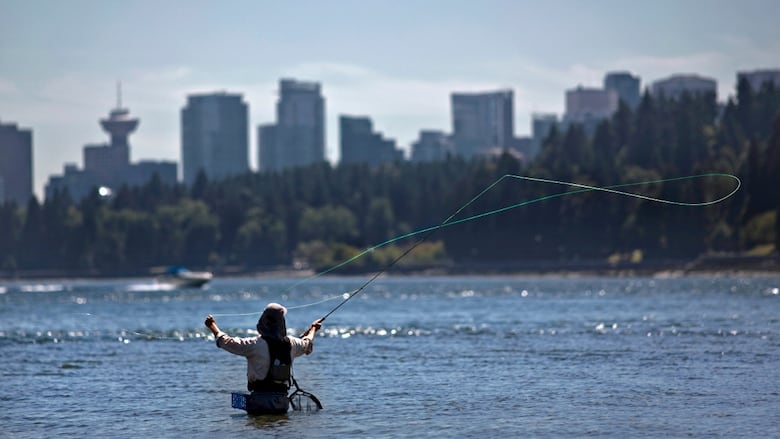 Even though Metro Vancouver is rainy in the winter and surrounded by water, population growth and climate change are expected to put a strain on its water supplies in the future. (Andy Clark/Reuters)

This story is part of our series Water at Risk, which looks at Cape Town’s drought and some potential risks to the water supply facing parts of Canada and the Middle East. Read more stories in the series.

It’s not intuitive, but rainy Vancouver could find itself short of water in coming decades, thanks to a growing population and climate change.

Yes, it’s possible for coastal cities to run out of water. Halfway across the globe in South Africa’s Cape Town, taps could run dry Aug. 27, a day dubbed “Day Zero.” The crisis is being blamed on rapid population growth combined with several years of droughts — which are becoming more common with climate change.

I think every community, whether it’s close to mountains or close to the coast, will be facing important challenges in terms of water supply.– Oscar Zapata, Water Planning Lab, University of British Columbia

Vancouver will face its own challenges in the coming decades and local officials already know they need to encourage residents to be more frugal with water. The city must also upgrade its infrastructure, and that means local residents will soon be paying more for water to drink, wash with, and irrigate their gardens.

It’s not just local precipitation that’s the issue. In B.C. and Alberta, just about all communities rely to some degree on meltwater from winter snow in the mountains.

That snowpack could shrink with climate change, says Oscar Zapata, a postdoctoral researcher in the Water Planning Lab at the University of British Columbia.

“I think every community, whether it’s close to mountains or close to the coast, will be facing important challenges in terms of water supply because of climate change,” Zapata said.

Vancouver has already weathered a severe drought. In 2015 there was scant snowfall during the winter, followed by a summer that saw four months without rain. Local municipalities imposed severe water rationing, including a total ban on lawn watering and car washing, as well as restrictions on irrigating gardens and power washing.

“It was an example of a very unusual, unprecedented situation that is more likely to occur on a more frequent basis as we move into the future,” says Inder Singh, Metro Vancouver’s director of policy, planning and analysis for water services.

Metro Vancouver manages the drinking water for 2.5 million residents in 21 municipalities in and around Vancouver.

While the 2015 drought was an extreme event, the region has had to ration water every summer since 2014. Its new Drinking Water Conservation Plan makes lawn watering restrictions standard practice from May 1 to Oct. 15 each year.

According to Singh, projections suggest that even without a severe drought, a “supply gap” is expected in 2030. 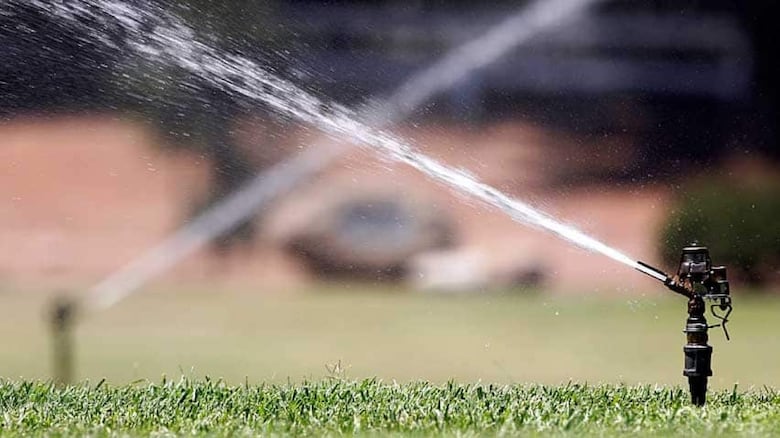 Metro Vancouver has had to ration water every summer since 2014, and its new Drinking Water Conservation Plan makes lawn watering restrictions standard practice from May 1 to Oct. 15 each year. (Mario Anzuoni/Reuters)

Metro Vancouver’s population is expected to grow by 35,000 people a year over the next few decades, and the demand for water with it.

At the same time, climate predictions suggest a number of future changes that could strain water supplies: 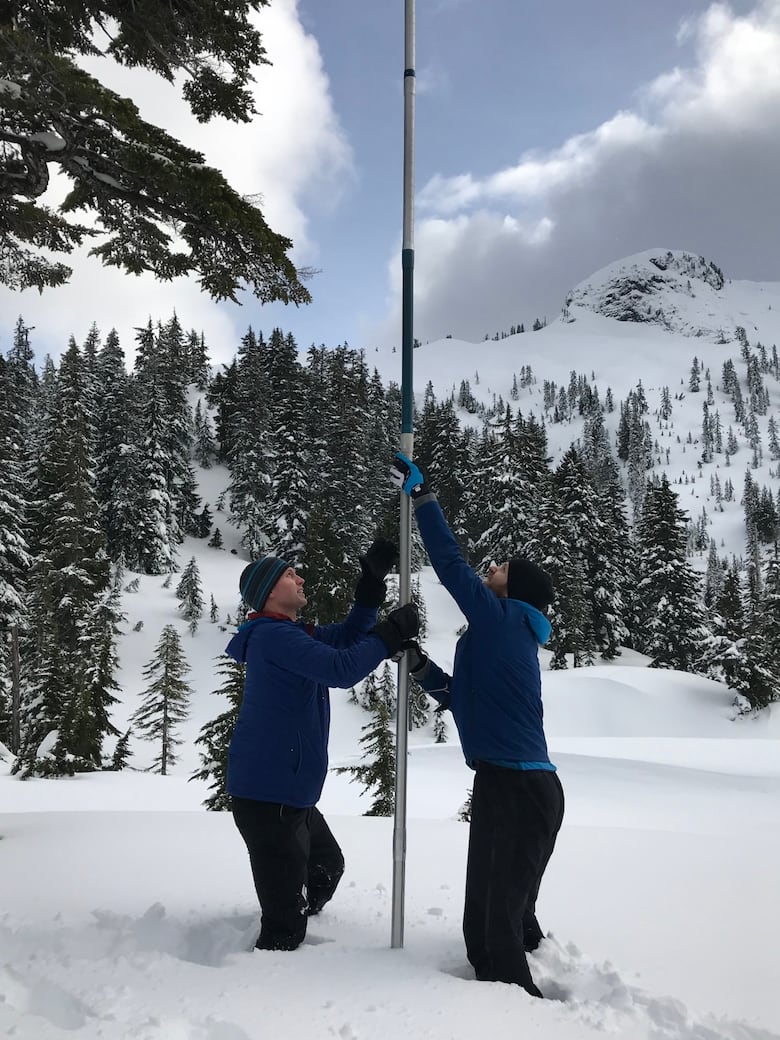 Metro Vancouver employees Tyler Norton and Peter Marshall conduct a snow survey in the alpine region of the Capilano watershed. Marshall has noticed increased variability in the snowpack in recent years — there are five metres of snow this year compared to less than 0.3 metres in 2015. (Johanna Wagstaffe/CBC)

Metro Vancouver field hydrologist Peter Marshall told CBC News that the mountains of the region’s watershed top out at an elevation of 1,500 metres. “So if there’s a 500 metre difference in our snowline elevation, that could have huge implications for the amount of snowpack.”

Already, hydrologists are noticing greater winter variability in the snowpack. Measurements in February showed five metres of snow in the alpine region of the Capilano watershed, for example.

“Back in 2015 there would have been less than a foot,” Marshall says.

While that’s good news for the immediate water supply, he adds that, “we have to start thinking toward more worst-case scenarios than great years like this down the road.” 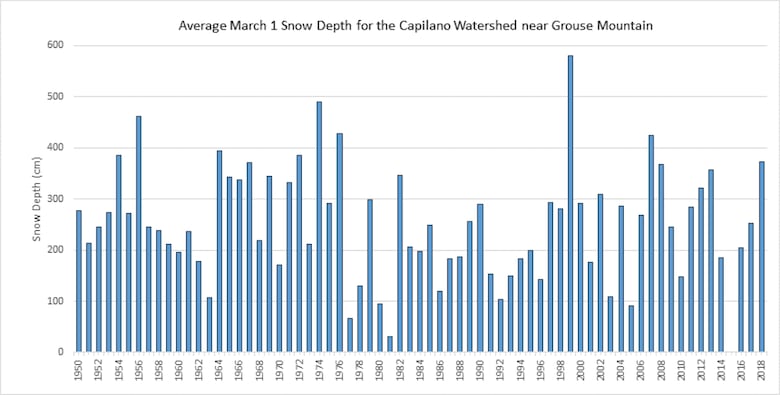 This chart shows the growing variability in snowpack at one location in Vancouver’s watershed on March 1 each year. The blank spot in 2015 represents a complete absence of snow at that location on March 1 of that year. (Jesse Montgomery/Metro Vancouver)

When it comes to expanding supplies, there are a few options. The simplest is to draw reservoirs down to a lower water level than they currently are by adding an intake pipe closer to the bottom.

Singh says Metro Vancouver is already planning to do that with its Coquitlam Lake reservoir. The project is at the design stage and set to be completed around 2030, at a cost of more than $800 million.

But by 2050 or so, even that won’t be enough. Singh says at that point, Vancouver will need to look at more expensive and labour-intensive options, such as:

Adding to Vancouver’s water supply won’t be cheap. Although there aren’t yet firm estimates of how much these options would cost, Singh referred to them as multibillion-dollar projects.

“Clearly we need to finance these projects,” he acknowledges.

Singh adds that the provincial and federal governments might contribute, but local residents will likely need to pay for the infrastructure improvements themselves through higher water rates. 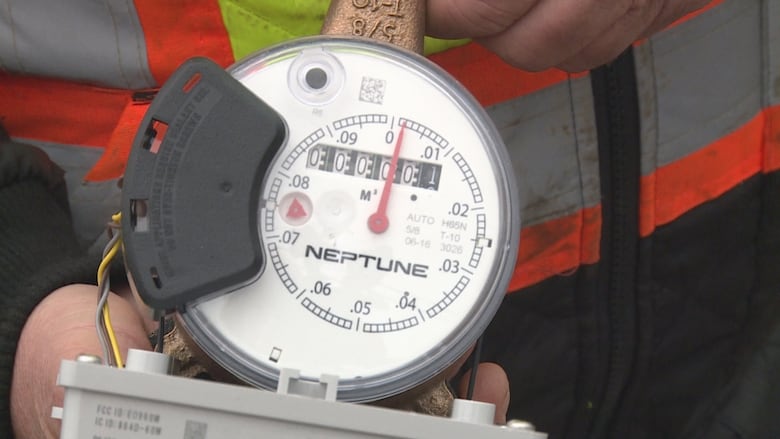 Water meters are common in much of Canada, but only 6.2 per cent of City of Vancouver homes have them, and some Metro Vancouver communities don’t have any residential metering at all. (Laura Meader/CBC)

Metro Vancouver’s current financial plan shows the wholesale cost of water services (not including sewer services or extra fees added by individual municipalities) increasing from an average of $165 to $209 per household annually, a 27 per cent increase, between 2018 and 2022. That’s before any major new water projects are even built.

Infrastructure is only part of the solution. The region could defer some of those enormous costs by conserving more water and reducing the need for an increased supply.

So far, conservation measures have taken the form of recommendations for water-use restrictions during the dry season, which can be enforced by individual municipalities.

Metro Vancouver is working on a report that will come out later this summer with additional options, including water metering for residential buildings.

Across Canada, 72 per cent of homes had water meters in 2009, according to Statistics Canada. In many Metro Vancouver communities, however, the use of metering is very low. Only 6.2 per cent of City of Vancouver homes currently have water meters, and Singh says some communities don’t have any residential metering at all.

Instead, most Metro Vancouver residents pay a flat annual fee, regardless of how much water they use. 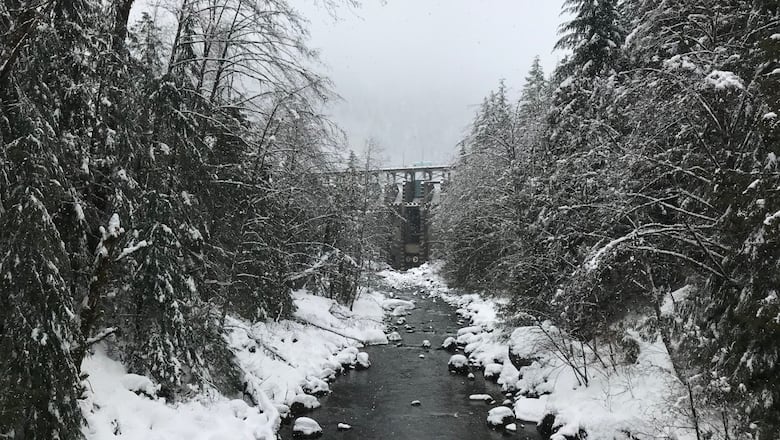 The Seymour reservoir is one of three main reservoirs that supply Metro Vancouver. Expanding capacity to meet the region’s needs beyond 2030 may require raising the height of the dam, or adding additional dams above or below it. (Johanna Wagstaffe/CBC)

Werner Antweiler, an associate professor at the Sauder School of Business who studies resource economics, says encouraging efficient use of water is where he sees a “big policy deficit.”

He says the lack of metering leaves water rationing as the only option to reduce usage during drier times, and that’s ineffective without strong enforcement — something not all municipalities have the resources to do.

“To the extent that water becomes a scarce resource, in particular in the summer months, we need to put a price on it. That’s simple economics,” he says. “And to make that happen, we need meters.”But metering alone won’t necessarily reduce water use during droughts. Water prices also need to increase significantly at those times — another reason residents can expect to pay more.

Vancouver currently adds a 25 per cent surcharge on water during the summer, but Antweiler says that’s not enough.

He recommends metering all homes, doubling the water rate in the summer and tripling it during droughts.