Newsletter: A deeper dive into the day’s most notable stories 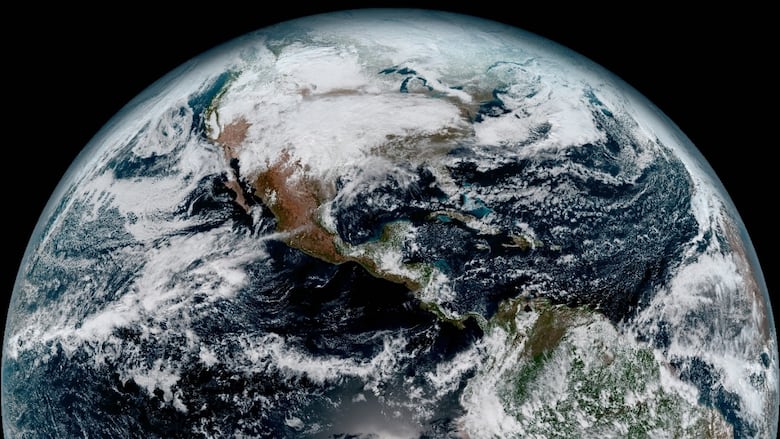 Human activity is degrading the landscape of the Earth, driving species to extinction and worsening the effects of climate change, says an IPBES report released Monday. It adds that land loss and drought will displace at least 50 million people by 2050, and as many as 700 million over the coming four decades.

Welcome to The National Today newsletter, which takes a closer look at what’s happening around some of the day’s most notable stories. Sign up here and it will be delivered directly to your inbox Monday to Friday.

A planet in peril

The Earth is rapidly losing its capacity to support human life, warns a new report.

Human activity is degrading the landscape, driving species to extinction and worsening the effects of climate change, it says.

Two-fifths of humanity — some 3.2 billion people — are already in danger, warns the study from the Intergovernmental Science-Policy Platform on Biodiversity and Ecosystem Services (IPBES), released at a conference in Colombia this morning.

A tractor scatters dust as it moves across a field on a farm near Tifton, Ga. A report released Monday says less than a quarter of the planet remains untouched by human activity, and at current rates of expansion and exploitation, that figure will fall to less than 10 per cent by 2050. (Gene Blythe/Associated Press)The peer-reviewed assessment, produced over three years by 100 experts from 45 countries, says that land loss and drought will displace at least 50 million people by 2050, and as many as 700 million over the coming four decades.

Less than a quarter of the planet remains untouched by human activity, but at current rates of expansion and exploitation, that figure will fall to less than 10 per cent by 2050.

“Human activities [are] pushing the planet towards a sixth mass species extinction,” professor Robert Scholes, the co-chair of the assessment, said Monday. “Avoiding, reducing and reversing this problem, and restoring degraded land, is an urgent priority to protect the biodiversity and ecosystem services vital to all life on Earth.” 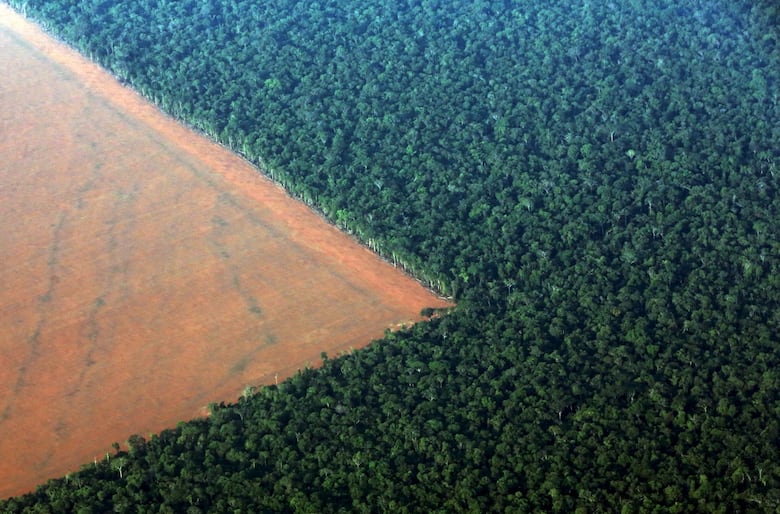 A section of the Amazon rain forest in Mato Grosso state in western Brazil is seen bordered by deforested land prepared for the planting of soybeans in 2015. (Paulo Whitaker/Reuters)Some of the IPBES findings:

The underlying causes are largely economic, says the report, which blames both the developed world’s “high-consumption lifestyle,” and exploding populations in the poorer parts of the globe.

One of the studies incorporated into the assessment found that 71 per cent of humanity now lives in areas where biodiversity loss throws “the ability of ecosystems to support human societies” into question. 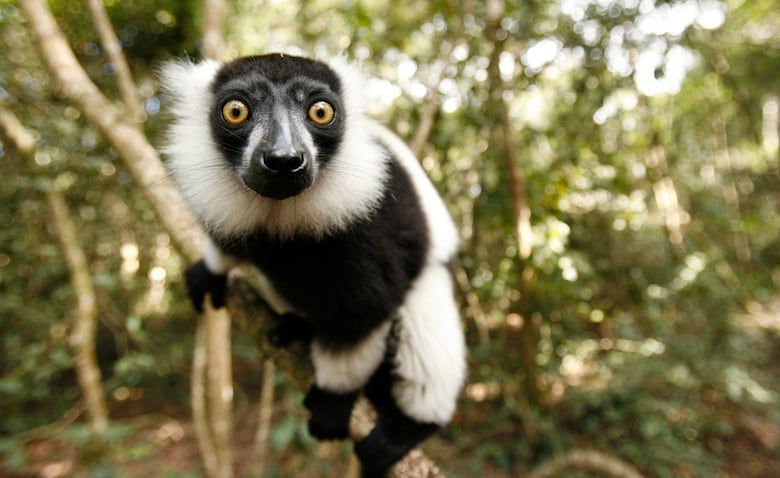 A Black and White Ruffed Lemur clings to a branch in a sanctuary near Pletteberg Bay, South Africa. Common to Madagascar, it is currently classified as endangered by the World Conservation Union. (Mike Hutchings/Reuters)Keeping all of us alive over the long term will take a coordinated effort, says Sir Robert Watson, chair of the IPBES.

“Land degradation, biodiversity loss and climate change are three different faces of the same central challenge: the increasingly dangerous impact of our choices on the health of our natural environment. We cannot afford to tackle any one of these three threats in isolation – they each deserve the highest policy priority and must be addressed together.”