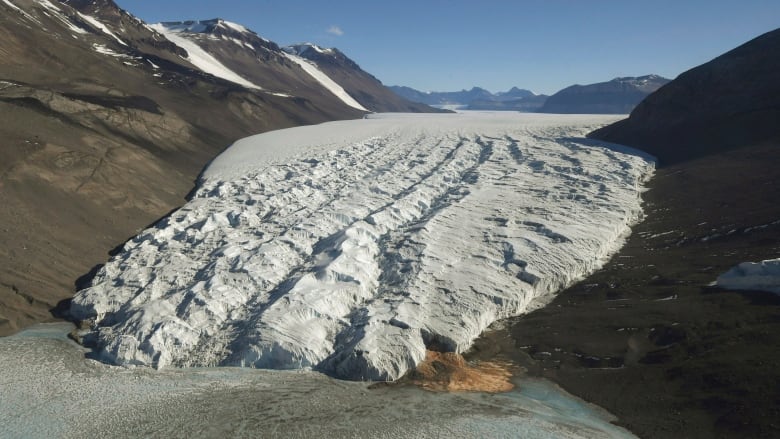 This Nov. 11, 2016 file photo shows the Taylor Glacier near McMurdo Station, Antarctica. Greenland and Antarctica may be a long way away. But new research suggests the accelerating disappearance of their ice caps will have a major and underestimated effect on extreme weather in Canada. (Mark Ralston/Pool Photo via Associated Press)

Greenland and Antarctica are a long distance away, but new research suggests the accelerating disappearance of their ice caps will have a major — and underestimated — effect on extreme weather in Canada.

“We’re underestimating the impact of the ice sheets on the climate system,” said Natalya Gomez, a professor at McGill University and co-author of a paper published Wednesday in the journal Nature.

The frozen caps covering Antarctica and Greenland are the two largest such bodies in the world. Between them they hold almost 30 million cubic kilometres of ice.

Climate change has been melting both at an increasing rate. Some say the Antarctic’s western sheet may have already passed a tipping point of irreversible loss.

Scientists have long known such huge volumes of freshwater entering the oceans will have an impact not only on sea levels, but also on weather patterns, by altering the strength of ocean currents that move warmer or colder water around the globe.

Gomez said the total consequences of ice losses on both sheets, in addition to warming produced by the greenhouse effect of carbon in the atmosphere, have never been estimated before.

Assuming the world remains on track for between 2.6 and four degrees of warming by 2100, she and her colleagues calculated how the losses will affect ocean levels as well air and sea temperatures around the world. They found the most dramatic changes will be in weather variability.

“You might have more extreme weather events,” said Gomez. “The warmest day of the year may get warmer or last for longer. We may have more really cold days, really stormy days. (There’s) a greater range of possibilities.” 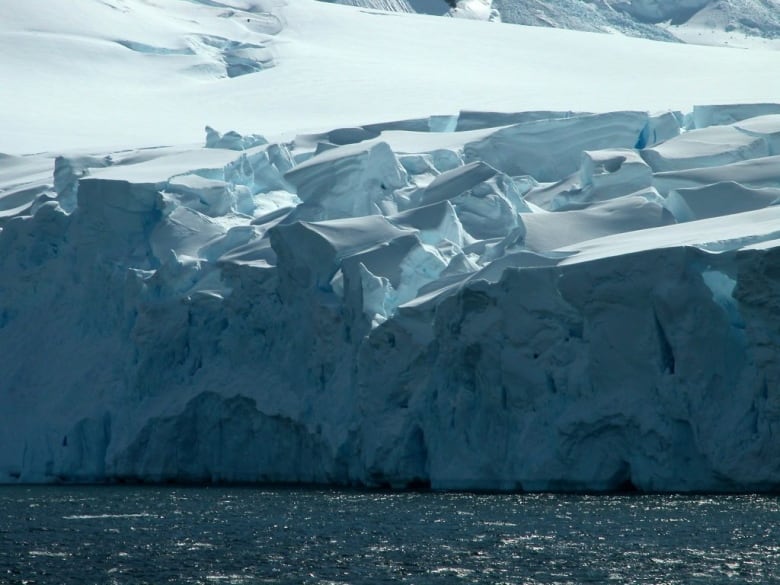 A glacier descends from Anvers Island into the Neuymayer Channel, Antarctica. The frozen caps covering Antarctica and Greenland are the two largest such bodies in the world. Between them they hold almost 30 million cubic kilometres of ice. (Mark Brandon )

Extreme weather is behind some of the most dramatic effects of climate change. It’s what sets the stage for catastrophic events such as floods, droughts or wildfires.

Manitoba, Ontario and Quebec may be in for some of the worst of it. The paper suggests shrinking ice sheets will cause weather variability to almost double in those regions between the turn of the millennium and the end of the century.

Gomez emphasizes that her estimates of variability from ice sheet loss is in addition to that caused by other facets of global warming. That has significant implications for anyone trying to plan for the coming climate, she said.

“Right now, this information about the full impact of this melt water on the climate system is not really accounted for in the current policies. This is further evidence that we really need to urgently take action and change policies in order to reduce our greenhouse gas emissions.”

It’s another example of how altering one aspect of the planet’s climate system echoes in different ways around the globe, she said.

“It’s a bit counterintuitive when you think of an ice sheet sitting at the pole, melting, and how’s that going to change the variability at a place very remote from that.