Meat and the environment: Do Canadians know what’s at stake? 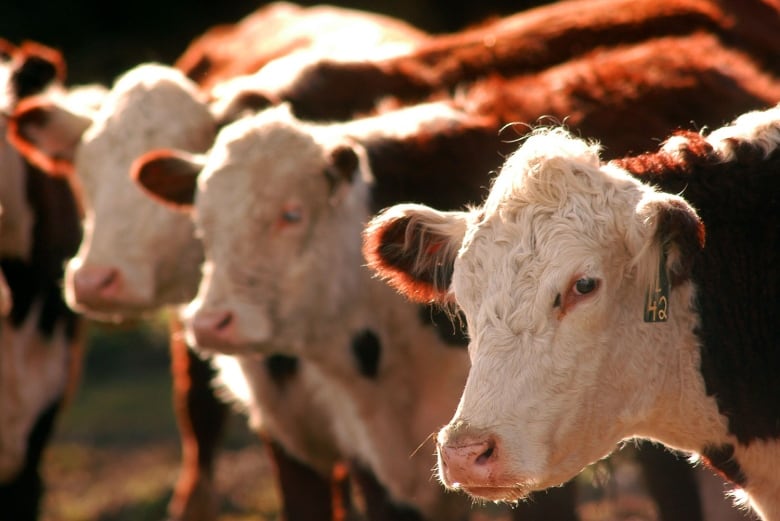 Our story last week on the five things that Canada could do to significantly reduce carbon emissions garnered a lot of reader feedback, and one recurring criticism: Why didn’t we mention eating less meat?

First off: Fair point. Meat production is indeed one of the biggest culprits for greenhouse gases. According to the United Nations’ Food and Agriculture Organization, livestock accounts for nearly 15 per cent of worldwide emissions. The emissions are produced through a variety of factors, including energy use (which often requires fossil fuels) and methane from the animals themselves.

Derek Gladwin, a fellow of the UBC Sustainability Initiative at the University of British Columbia, said the largest chunk of these emissions — 11 per cent — comes from “unsustainable forms of mass-scale factory farming.” Gladwin said as much as 70 per cent of the Amazon has been deforested for factory-farmed beef.

Mandating that Canadians eat less meat for the good of the planet would be a challenge for any government (likely even more so than getting countrywide buy-in for a carbon tax). Yet the latest version of the Canada Food Guide provided a nudge in that direction, suggesting consumers “choose protein foods that come from plants more often.”

Gladwin said there are “many” challenges when it comes to promoting a more plant-based diet. “The meat industry is one of the largest sectors of the Canadian economy and it retains strong social influence on politics, marketing, media and education more generally.”

He doesn’t think most Canadians grasp the connection between meat production and carbon emissions. That may be so, but there’s no denying that more people are, if not shunning meat outright, looking for alternatives.

Evan Fraser, director of the Arrell Food Institute at the University of Guelph, noted that for reasons of health, animal welfare, cost, convenience and selection, more people are willing to give non-meat proteins a try. A study released in October estimated that more than six million Canadians restrict their meat intake, and a third are thinking of reducing their meat consumption over the next six months.

And the market is responding. Fraser said one major sign of change is the fact that Maple Leaf Foods, one of Canada’s most recognizable purveyors of meat, now offers a variety of plant-based options (e.g., soy- and pea-protein hot dogs) through its Lightlife brand. It’s part of Maple Leaf’s self-styled mission to become “the most sustainable protein company on Earth.”

Fraser said it’s hard to discern a single driver of this eating trend. It seems that health, variety and the environment are all a part of consumers’ decision-making processes.

“It’s a bit of everything, is my sense,” Fraser said. But he said one thing is clear: “We’re at a point of major disruption.”

We need your help

We are working on a larger project on climate change for CBCNews.ca, and we are looking for stories from people who have seen it first-hand. Have you or a loved one been caught in a flood, a wildfire or extreme heat — or have you or your community felt the effects of sea-level rise? If so, please get in touch.

The Big Picture: The carbon footprint of protein-rich foods

We’ve established that meat production, at least on a massive scale, is not good for the environment. But are some forms of animal agriculture better than others? And what about growing legumes and other meat substitutes? The graph below shows the carbon footprint of various proteins — namely, the CO2 emitted in producing one kilo of each food item. (The figure includes the emissions on the farm or factory, and in transit.