Is nature over? Maybe

(CNN)I know you care. You want your children to live in a world that supports wild elephants, giraffes, rhinos, bees, pangolins … and, of course, human life, too.

I also trust that you’ve heard some of the warnings — that Earth likely is moving into the sixth mass extinction event in its history, the first one that humans are causing. Elephants could be gone from the wild in a generation. Amphibian populations already are collapsing. Climate change is warming and acidifying the oceans, threatening to annihilate coral reefs. 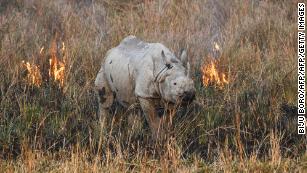 ‘One million species threatened with extinction because of humans’
Perhaps you’ve read the very latest from a UN-affiliated group, the Intergovernmental Science-Policy Platform on Biodiversity and Ecosystem Services, or IPBES, which released on Monday a sweeping and damning report on global biodiversity. None of the themes in the report are new — we’ve long known we’re screwing up the natural world, which also is the human world — but the report’s findings remain alarming and profound. Especially these three figures:
• Three-quarters of the land: 75% of the planet’s land surface has been “significantly altered.” Three. Quarters. Relatedly, biodiversity “is declining faster than at any time in human history.”
• 1 million species: “[One] million species already face extinction, many within decades, unless action is taken to reduce the intensity of drivers of biodiversity loss. Without such action there will be a further acceleration in the global rate of species extinction, which is already at least tens to hundreds of times higher than it has averaged over the past 10 million years.”
• 82% of mammal biomass: It’s not just the number of species that’s crashing — it’s the total amount of creatures, too. One way to measure this is by mass. The global biomass of wild mammals has declined by 82% since prehistory. That’s now, not a prediction.

On the brink of collapse

Those numbers hint at an underlying truth: By acting like Earth was designed solely for human habitation, crop development and energy exploitation, we’ve raised extinction rates and put the natural world on the brink of collapse. The IPBES report — the first like it since 2005 — highlights the fact that things are so bad we’re endangering our continued existence.
On some level, I think we all understand what’s happening.
Our everyday actions — the consumptive/extractive way our world works now — threaten to end nature as we know it, much less how our grandparents and great-grandparents knew it.
(Much of that nature already is gone.)
Yet we fail to make the changes we know are necessary. 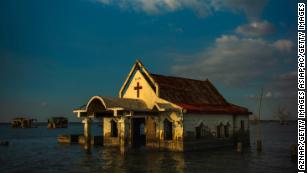 Climate change: The more we know, the worse it seems
Those include: Slashing carbon emissions to slow climate change; policing the poachers who are hacking the horns off of rhinos, stealing tails from giraffes and killing pangolins for their scales; banning single-use plastics; and, more to the heart of it, protecting half the Earth’s surface.
That last point — that we need to protect about half the land and ocean, paying particular attention to areas in the tropics that are hotspots for biodiversity — is a truly critical one. This “Half Earth” concept, which has been outlined by the biologist E.O. Wilson and others, is achievable with an investment of about $100 billion per year, globally, said Eric Dinerstein, director of biodiversity and wildlife solutions at Resolve, a group that focuses on conservation. That’s “a bargain,” he said, when you think of it as an investment in our own survival.
Currently, according to IPBES, only 15% of land and freshwater environments, as well as 7% of marine habitats are protected; they “only partly cover important sites for biodiversity and are not yet fully ecologically representative and effectively or equitably managed.”

Solutions are in reach

The steps we must take are not simple, but they are within reach.
Why, then, have we failed to act — or to act sweepingly enough?
The most hopeful view is that this is all a big misunderstanding — that there’s a massive communication breakdown between scientists and the general public. 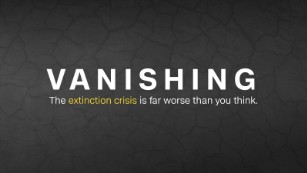 Vanishing: The extinction crisis is worse than you think 23:02
“The scientific community has been recognizing this as a crisis for over twenty years,” Anthony D. Barnosky, the executive director of Stanford University’s Jasper Ridge Biological Preserve, wrote in an email. “The problem has been getting the word out to the general public and policy makers in a meaningful way. I hope this [IPBES] report will help with that.”
If you’re alarmed by what you’re reading, Barnosky told me, think about eating less meat (particularly beef), since animal agriculture has such a large footprint on the planet and since ruminant animals (cattle, lamb, bison, notably) make an outsize contribution to climate change. Find other ways to reduce your carbon footprint, too, since climate change and extinction are intertwined in sinister feedback loops. Burning or chopping down forests contributes to the warming of the planet since plants absorb carbon dioxide, a heat-trapping gas. On the flipside, global warming also threatens certain critical ecosystems, including the Amazon. 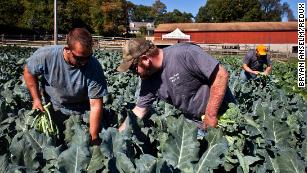 Reckless farming is destroying the planet. This could save it
And, he said: Vote for leaders who prioritize nature and the fight against climate change.
The wrong thing, almost everyone agrees, would be to give up hope.
“Is it bleak? Yes. Is it getting worse? Yes. But are we making progress? Yes, absolutely,” said Stuart Pimm, Duke University’s Doris Duke Professor of Conservation Ecology. “And while we haven’t achieved [certain] targets we’re clearly doing good things. We’re protecting more of the planet, both on land and in the oceans. And we’re much more aware of the problem.”
All of that seems true.

Screaming into the storm

Yet there’s another way to look at this.
Perhaps what’s going on is less of a communication breakdown than a sign that we humans are incapable of reckoning with changes this massive and this slow-moving.
Perhaps extinction and climate change — the end of nature — happen too far away from our city lives for us to observe. Perhaps the pace of change, while rapid in Earth-time, is slow enough that it doesn’t, and may not ever, trip our human alarm systems. Perhaps we’ve designed our political systems and economies to operate only for short-term gains, not long-term survival.
The warnings intensify — as they did Monday.
And yet the decline of nature continues.
(Three-quarters of the land altered … One million species at risk for extinction … )
Pimm wrote a paper that raised awareness about extinction rates in 1995.
Bill McKibben authored “The End of Nature” in 1989.
To write about this now, in 2019, feels like screaming into a storm.
It’s still possible for us to hear — barely.
But the noise is almost deafening.

Correction: An earlier version of this article misstated the date “The End of Nature” was published. It was first published in 1989.