“We’re not specifically listing products. We’re going to be looking at the best evidence that’s out there” 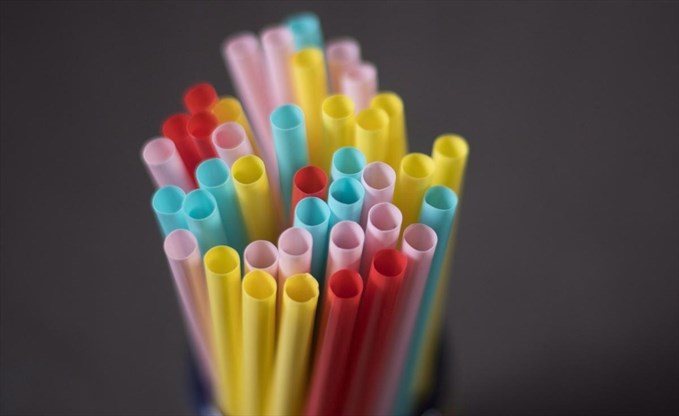 Plastic straws will be among the targets of a federal government plan to help reduce the millions of tonnes of plastic waste that go into oceans each year. – JONATHAN HAYWARD , Canadian Press file photo

OTTAWA — The federal government will announce a plan Monday to ban harmful single-use plastics such as drinking straws as early as 2021.

No list of banned products will be unfurled immediately, two government officials with knowledge of the initiative said Sunday.

Rather, the Liberals want to look at the empirical evidence and do their own research to determine which products should be outlawed to help reduce the millions of tons of plastic waste that ends up in oceans each year.

The idea is to come up with a comprehensive plan to prohibit the production and sale of specific, toxic plastic products within a couple of years.

“Where the best solution is to ban, it will be banned,” said one official familiar with the plan.

At the last G7 summit, Canada and four other leading economies signed a charter pledging that by 2040 all plastic produced in their countries will be reused, recycled or burned to produce energy. (The United States and Japan stayed out.)

The proliferation of single-use plastic packaging like water bottles, drinking straws and food wrapping is sending massive amounts of plastic to landfills. More blows into waterways and drifts to the sea. Giant reefs of plastic are showing up in the oceans and fish and sea mammals are eating plastic objects thinking they’re food.

Canada, with the longest coastline in the world, has an important role to play internationally, another official said. “I think people really want to see us take some real action.”

The Canadian Press granted the government sources anonymity because they were not authorized to speak publicly prior to the announcement.

“Nothing’s happening overnight. But we’re announcing the intention to get there as early as 2021,” one of the officials said.

“We’re not specifically listing products. We’re going to be looking at the best evidence that’s out there and conducting studies to determine what the products are that make sense.”

However, plastic straws and foam food containers are the sort of items that could be banned.

“We want to make sure we get it right, and there are adverse effects on the economy,” a source said. “But the problem has now kind of reached a breaking point. It’s just so harmful to the environment.”

Under the plan, an expedited review of certain plastic products would take place through the Canadian Environmental Protection Act process.

In addition, the government is working toward making producers of plastic packaging ensure it is recyclable or reuseable. However, this must happen in concert with provinces and municipalities.

“We want it to be comprehensive. We’re not looking at just one specific sector, we’re looking at the entire problem,” one official said.

“We also think that there’s the opportunity for tens of thousands of jobs to be created through innovation and research and development.”