Ohio’s butterfly population has fallen by a third, and researchers say the findings spell trouble for bees 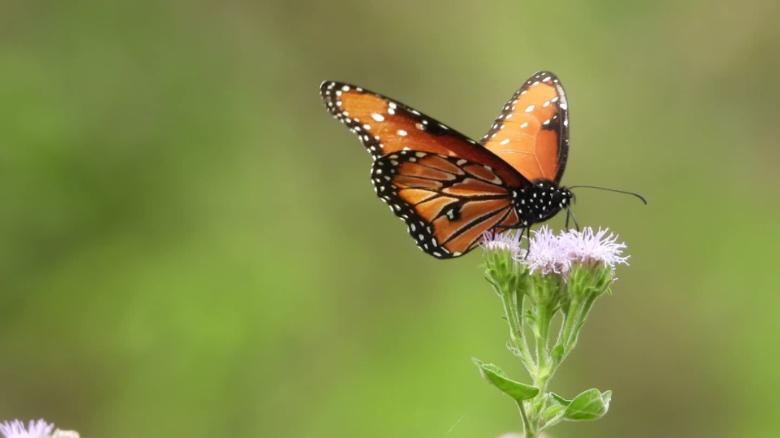 A study published Tuesday found that one-third of Ohio’s butterfly population had died between 1996 and 2016. The results are troubling for more important pollinators like bees, researchers said.

(CNN)Aside from a crushing loss for biodiversity, the steep decline in the US butterfly population could represent a trend for fellow insects that power American agriculture. 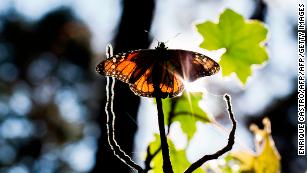 Monarch butterflies born in captivity have a tougher time migrating south in the winter
From 1996 to 2016, thousands of volunteers recorded the number of butterflies they spotted across Ohio over a six-month period.
Researchers attribute the decline to climate change, habitat degradation and insecticides used in commercial farming, according to the findings, published Tuesday in the journal PLOS One.
But it’s occurring at a rate that outpaces previous estimates, researchers said, and it could spell trouble for important insects like bees.

The butterfly plays a small but vital role in keeping ecosystems alive. The insects pollinate flowers while they feed on nectar, a process that produces the crops humans eat. The US Forest Serviceestimates that 80% of the world’s crops rely on animal pollinators like monarchs to power the industry.
Butterflies don’t have anywhere near the same reach or frequency as power-pollinators like beesor even flies. But their decline could portend a downward trend shared by more significant insects for which research is lacking, said study author Tyson Wepprich, a postdoctoral research assistant at Oregon State University.
“We don’t know yet if what’s happening with butterflies is what’s happening in native bees,” he said. “But the worry is that the environmental effects that negatively impact butterflies have the same impact on bees.”

While the overall butterfly population declined throughout the study, some species declined at a steeper rate.
Ohio’s monarch butterfly population was hit particularly hard, shrinking at a rate of 7% every year. The migratory insect spends the summer in Ohio before traveling to Mexico in the fall, according to the Ohio Department of Natural Resources. 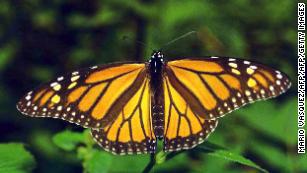 How cities could help animals fleeing climate change
Scientists are split on the root of the monarch’s troubles. Most researchers, Wepprich said, believe that a decline in milkweed plants, which the monarchs feed on for toxins that keep larger insects and animals from eating them, across the Midwest is the primary factor. Herbicides that farmers use to control weeds on their land often kill milkweed as well.
Others argue that the stress that occurs in different stages of migration and the changing quality of its wintering site in Mexico are to blame. The culprit could be any or all of the three, Wepprich said.
Oddly, some species like the wild indigo duskywing thrived through the course of the study. Its population tripled over the course of the study as it learned to feed on exotic plants used along Ohio’s roadsides to prevent erosion, he said.
“I think each species has its own story,” he said. “If the resources are there, insects can recover.”