(CNN)America confronts a long list of critical problems and they all require urgent attention. But among them, two issues stand out: catastrophic climate change and nuclear war are unique in the threat they pose to the very survival of human civilization. The enormity and imminence of these twin existential threats cannot be overstated and how to confront them must be the central issue of any presidential campaign. 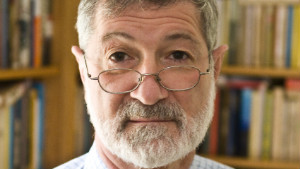 Ira Helfand
Climate change and the danger of nuclear war are closely related. As climate change progresses over the coming decades, large areas of the planet will be unable to support their human population. As a result, there will likely be forced migrations on a scale unknown in human history, and an enormously increased risk of conflict, including nuclear conflict. Nuclear war, should it come, would cause further catastrophic climate disruption and widespread global famine.
Fortunately, there is a much greater focus on climate change in this election cycle than in 2016 when it received scant attention in the campaign despite the enormous differences in the policies espoused by the major candidates. This time around, the growing demand for action, especially by young people, and the daily reminders of the escalating damage to the planet, are forcing this issue to the fore where it rightly belongs. 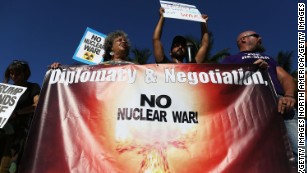 Sheer luck has helped us avoid nuclear war so far — now we need to take action
Progressives in Congress have put forward a comprehensive plan to deal with this crisis in the form of the Green New Deal, and there is the real possibility that a post-Trump administration will embrace this plan or some variant on it. Unfortunately, there is much less attention at this point in the campaign to the growing danger of nuclear war. That must change.
Former Secretary of Defense William Perry has said that the danger of nuclear war is greater than it was during the Cold War, and the Bulletin of the Atomic Scientists has set its iconic Doomsday Clock to 2 minutes to midnight, the closest it has been to a nuclear apocalypse since 1953, after the US tested the hydrogen bomb. Relations between the US and Russia are the worst they have been in three decades and the current tension is replete with nuclear saber-rattling from both sides. War between the nuclear superpowers is an ever-present threat.
Furthermore, research done over the last 15 years has shown that even a very “limited” nuclear war, involving less than 0.5% of the world’s nuclear weapons, would be enough to cause catastrophic global climate disruption and a worldwide famine, putting up to 2 billion people at risk. Such a war would not necessarily involve the great powers. A war between nuclear-armed India and Pakistan could easily produce this level of global climate disruption. 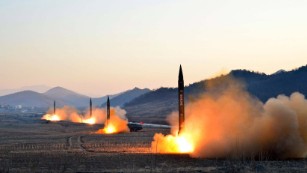 Nobel laureate: There is one way to prevent nuclear war
Even if none of the nine nuclear-armed states makes a deliberate decision to launch nuclear weapons, the possibility of an accidental war remains. There have been at least six episodes during the nuclear weapons era when either Moscow or Washington began the process of launching its nuclear weapons in the mistaken belief that it was already under attack. As Robert McNamara, President Kennedy’s defense secretary, famously stated, “We lucked out. It was luck that prevented nuclear war.” As long as they continue to maintain nuclear arsenals, the security “policy” of the nuclear-armed states is essentially a hope for continued good luck.
The last time the world was this close to nuclear annihilation, in the 1980s, the need to prevent nuclear war was front and center in the nation’s political discourse. A vast popular movement formed that demanded and won a freeze in the nuclear arms race.
The danger today demands a similar response, and this time the effort must focus on the complete elimination of nuclear weapons.
A campaign to focus national attention on this issue has begun to take shape around the Back from the Brink platform, a Green New Deal for the nuclear threat. Supported by more than 200 professional associations, faith communities, peace and environmental groups, it has been endorsed unanimously by the US Conference of Mayors, and by the municipalities of Baltimore, Los Angeles and DC, as well as being approved overwhelmingly by the California and Oregon legislatures and the New Jersey General Assembly.
In 2017, 122 nations voted to establish the Treaty on the Prohibition of Nuclear Weapons. The US boycotted those negotiations and has not yet signed the treaty. The Back from the Brink campaign calls on the United States to embrace the treaty and lead an international effort to prevent nuclear war. It specifically urges the US to enter now into negotiations with the other nuclear-armed states for a verifiable, enforceable, timebound plan to eliminate their nuclear arsenals as the only way to guarantee that they are never used. We cannot know for sure that we will be able to eliminate nuclear weapons; we do know what is likely to happen if we don’t.
The United States cannot afford to elect a good president in 2020. It must elect a great president, and at this moment in time, greatness means the ability to deal successfully with the danger posed by climate change and nuclear weapons.